The Stables form part of the original outbuildings to the Grade II listed Park Farm House. They were completely restored and converted into a delightful holiday home during the course of 2019.

Park Farm, the former Home Farm to Orchardleigh Estate, was built in 1863 by George Devey (1820–1886), a British architect notable for his work on country houses and their estates, especially those belonging to the Rothschild family. Indeed Charles Voysey studied under him later to become a founder member of the Arts and Crafts movement. He often tried to create an artificial impression of a building’s age, and of its development over time, something that comes through in the design of Park Farm House and the stables.

Situated on the outskirts of the picturesque village of Lullington the stables are set within a private courtyard to the rear of the house. Lullington is only a short drive from the much sought after town of Frome, whilst also only being 10 miles from Bath.

As you will see from the Floorplan below the accommodation stretches to 870 Ft2 [80.8m2] and provides two double bedrooms [bedroom two can be made as a double or twin], two bathrooms [one ensuite], a spacious living/dining/kitchen area with small galleried hayloft above. To the front of the stables there is a private courtyard garden.

The entire building is completely self-contained, being located to the side of the main house and there is plenty of parking to the front.

Being newly restored the facilities are all new [as of 2019]. Both bathrooms have power showers, heated towel rails and underfloor heating. The Kitchen is fully fitted including a full sized oven and hob, dishwasher, washing machine and a full size Fridge/Freezer. As keen cooks ourselves we have ensured that it is well equipped for most holiday requirements. We also keep a sensible store cupboard in the kitchen which all guests are welcome to use on a ‘use and replace basis’.

Sleeps a maximum of four adults.
For a couple: £140 per night Sunday to Thursday.  £160 per night Friday and Saturday. Then £10 per person per night. e.g. Four adults would be £160 per night or £180 per night depending on which day of the week.

Minimum rental period of three nights.  Each stay is subject to a total fixed cleaning fee of £50.

We welcome children over the age of 12 and babes in arms. We operate a no smoking policy within the property. 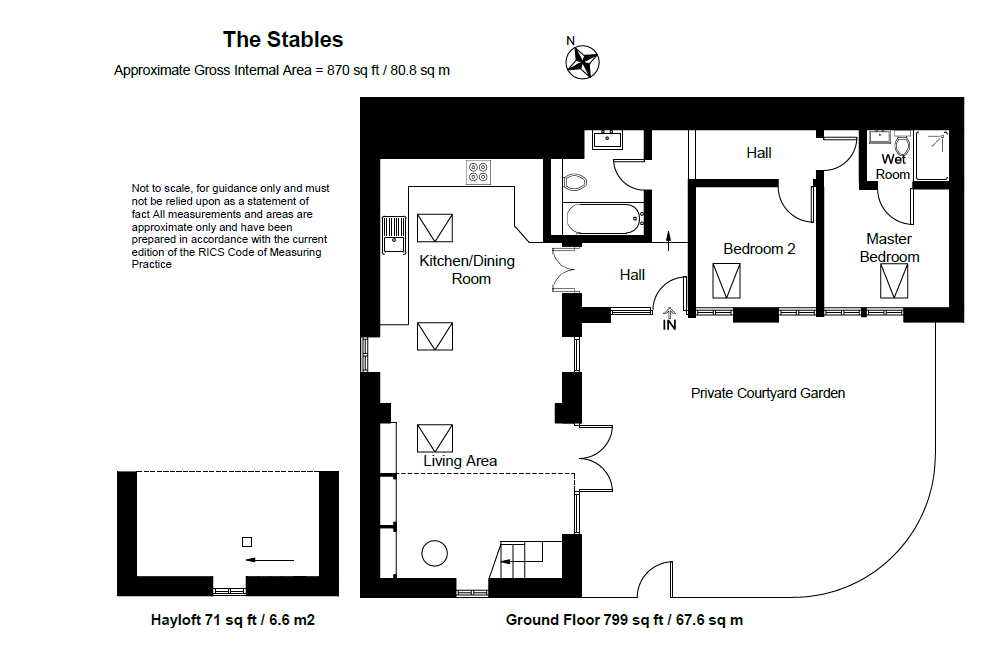